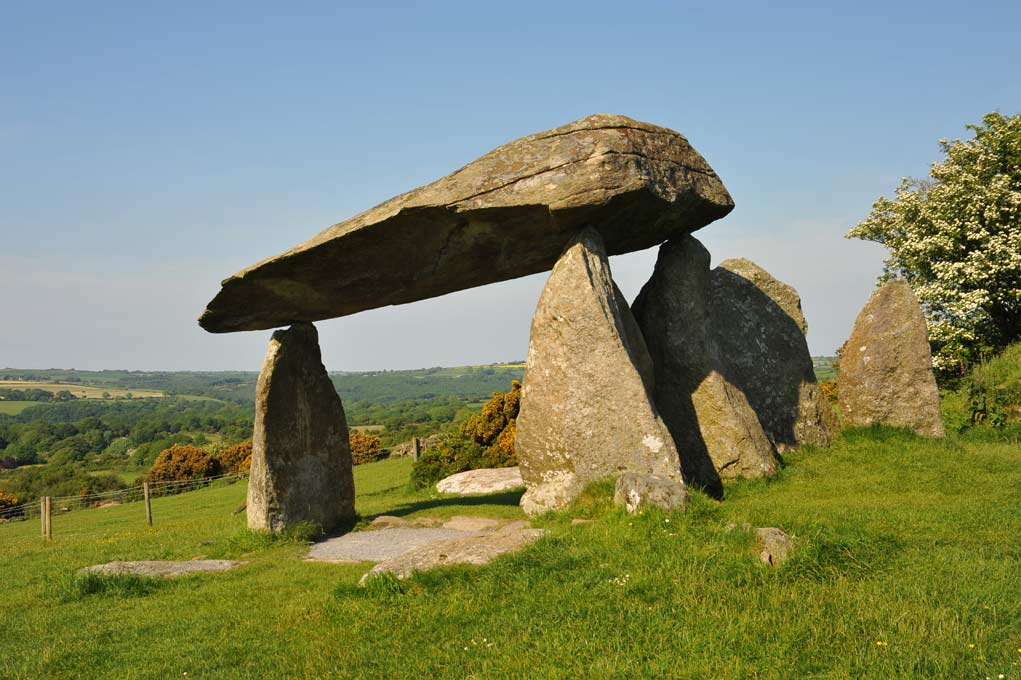 The site is thought to date from 3500BC. It has been excavated and the body of the cairn has been removed to reveal the three standing stones that support the capstone. Dotted around the site are more stones possibly the remnants of the original cairn that once covered the cromlech. 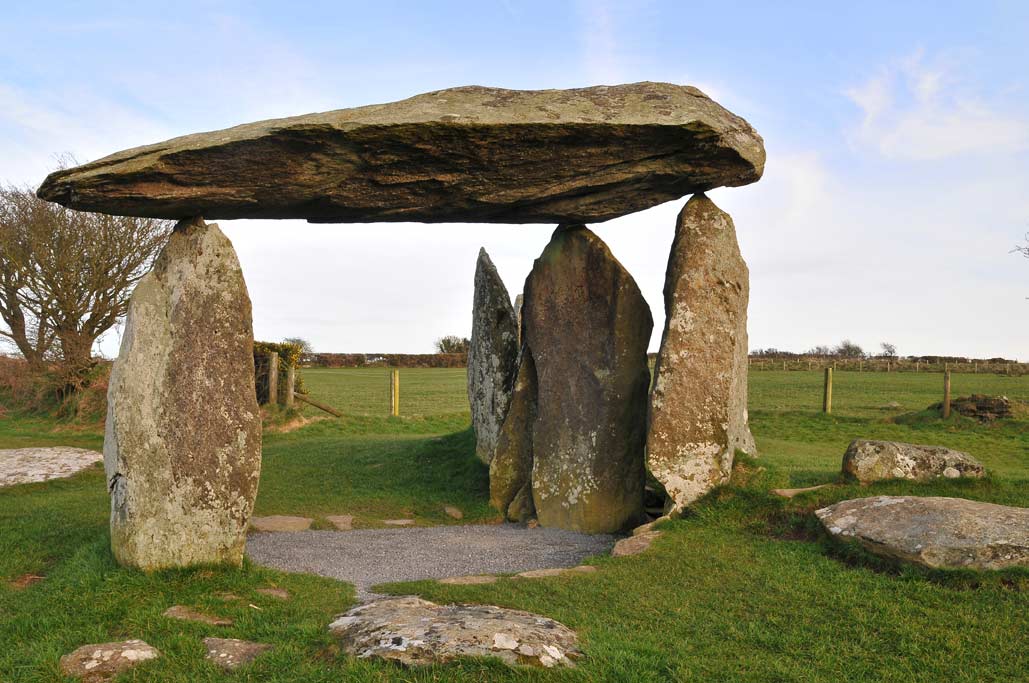 The capstone is said to weigh around 16 tons and points at the Nevern River. From the east side of the site looking west the capstone follows almost the exact same angle as the northern slope of Carningli mountain, both leading your eyes to the mouth of the Nevern estuary at Newport.

Various finds were excavated at Pentre Ifan cromlech including a small amount of flint flakes and some fragments of pottery. What is thought to have been the original door way in to the cairn is blocked by a huge upright bolder which is believed was put in place to close the cairn after its use.

From Newport, head east along the A487. After passing Llwyngwair Manor on your left, take the next right sign posted 'Pentre Ifan'. Keep going straight on at the cross roads for another three quarters of a mile. Follow the right hand lane sign posted 'Pentre Ifan' and after some half a mile you will see a layby on your right. Park here and the entrance to Pentre Ifan cromlech is at the lower end of the layby.

Join us on our social media pages